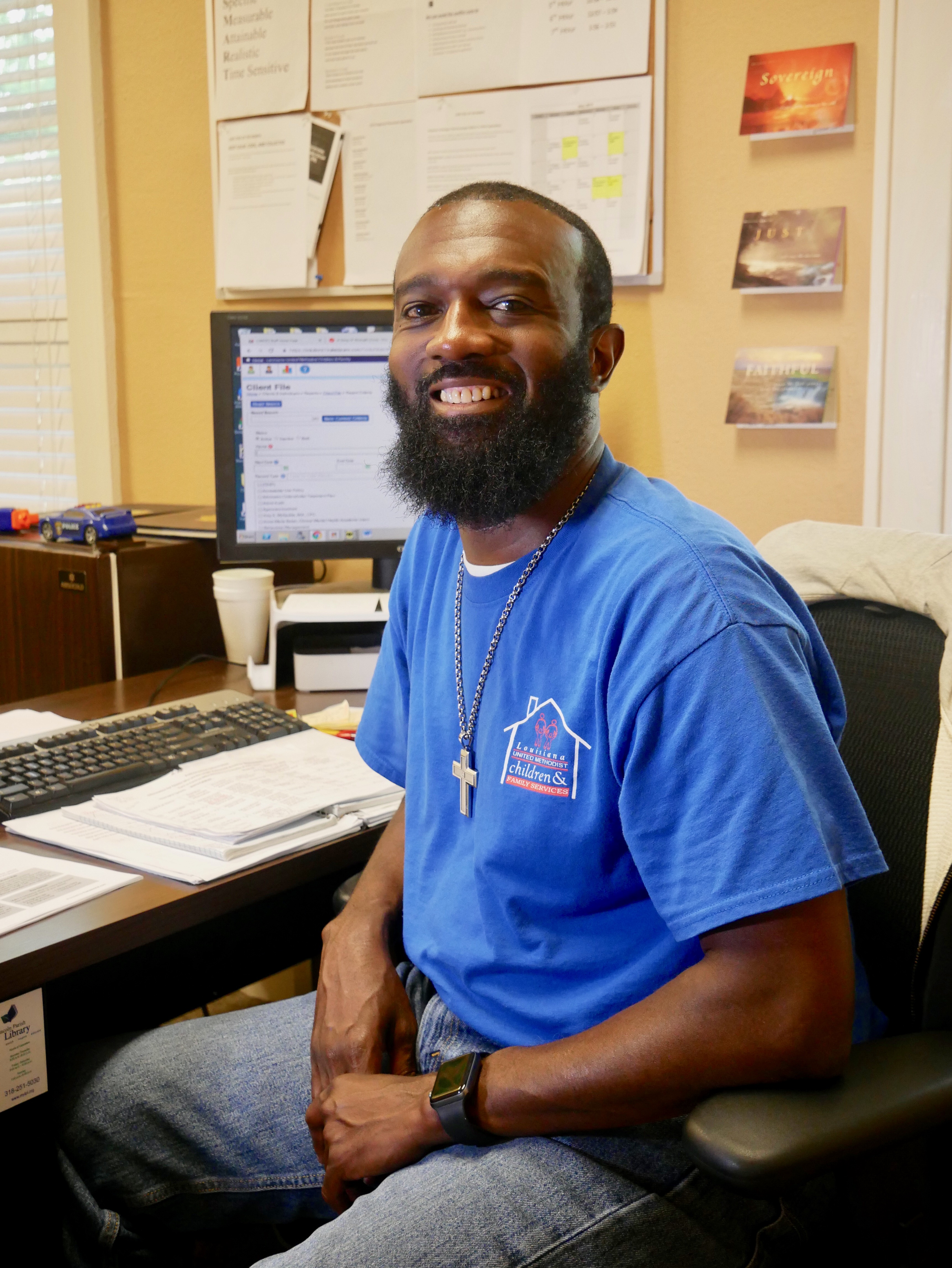 It had been said, “Nobody has ever been able to touch the abuse and get him to admit it. We had all but given up on him.” The little boy had been removed from a horrendous home environment and had spent the last 12 years in sixteen different foster placements. Children who have to deal with the  unspeakable things that have happened to them are at a distinct disadvantage when facing life’s everyday challenges. They tend to act out impulsively, be aggressive and even assaultive. Throughout his time in foster care, this little boy had been diagnosed with major depression, bipolar disorder, ADHD, conduct disorder and PTSD.

For 12 years, this child had been seen by skilled therapists who tried to get him to take the immensely critical step of acknowledging what happened to him. This is an all-to-often repeated story about the children we see in our three residential campuses and in Methodist Foster Care. The critical difference with this child, this time, was Barry Calahan. It is important to understand how different the world looks to a child who has been maltreated almost from birth. These children do not typically possess the foundational security that regular cuddling, feeding and loving interactions provide. Long before they learn the words to describe the awful things being done to them, they experience them first hand and learn to expect pain rather than joy, betrayal rather than love. 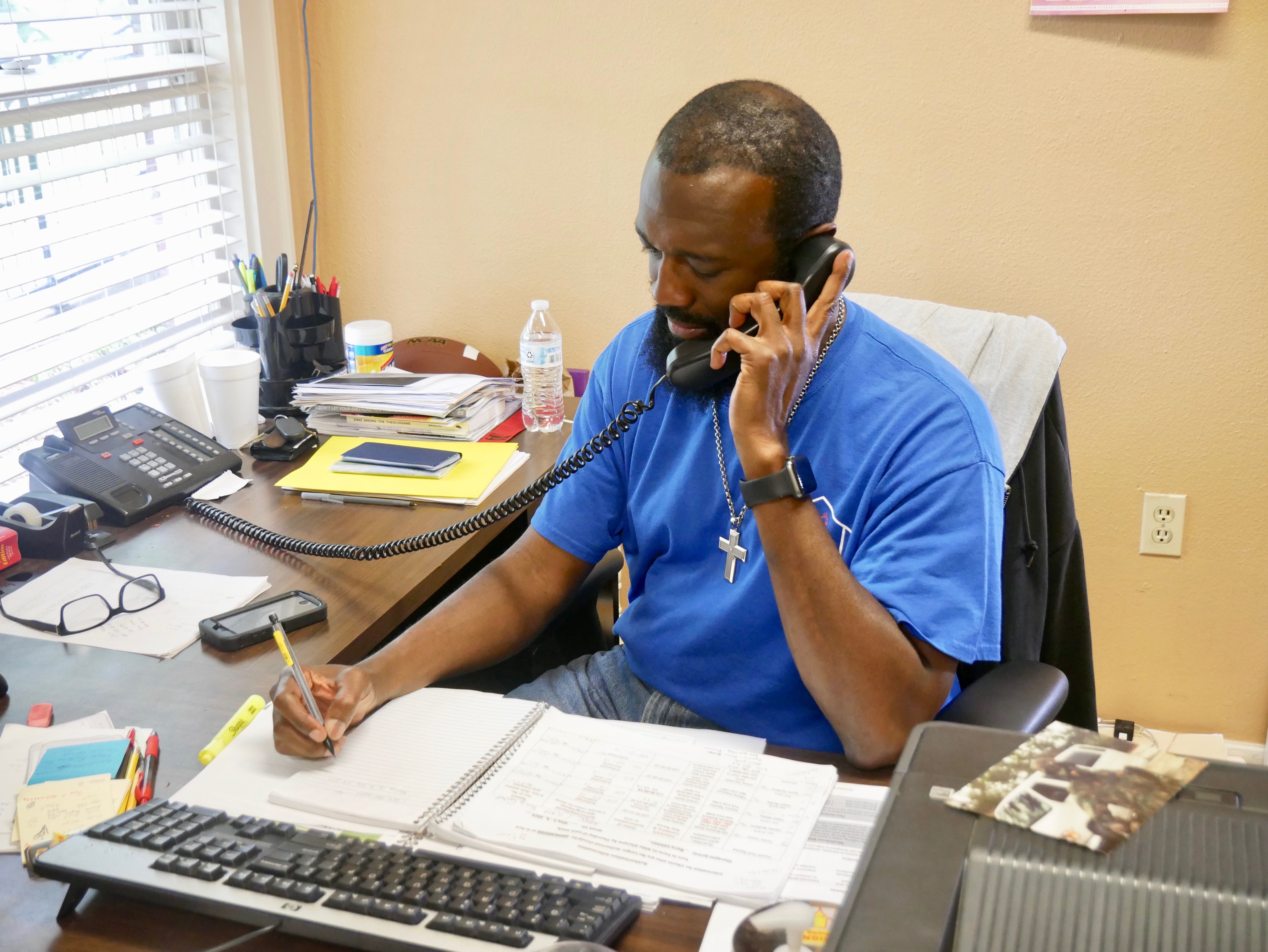 Developing within this punitive environment, the child’s rational brain constructs a system of logic that will keep him alive. Simply removing a child from the surroundings that formed him does not remove the formations within him. It follows that subsequent placements of the child into “normative” family settings, such as the home of well-meaning foster parents, does not automatically inspire a child to change.

Many of the children we care for at the Children’s Home bring with them immensely negative views of the world, the people who populate it and their own self-worth. Some even come to us convinced that they are evil – because that’s what their abusers told them repeatedly in order to “justify” the abuse.

Whether it was his own childhood, his 20-year military career, his higher education and training, or simply his caring, pastor‘s heart – Barry Calahan connected with the child of God within the tormented teenager and offered him solace. The Home had kept the child safe, but Barry made the second and more critical step. He earned this child’s trust. And there began the long journey of healing-the-child rather than treating-the-symptoms – the hallmark of the Methodist Children’s Home philosophy of care.

After the child was discharged and unbeknownst to Barry, Andrew Morse, the Clinical Program Manager, received a letter of commendation for Barry’s breakthrough work with the child. Barry had succeeded where others had not over the past 12 years.

Andrew Morse, also a military veteran and a man of strong faith, does not normally sugarcoat things, nor does he paint pretty pictures to make abuse and neglect something it is not – especially in a therapeutic setting. For simplicity’s sake, he simply summarizes what these children endured as “The Awful.” He acknowledges that some people hold a view that a kid will not be able to change after suffering years of “The Awful.”

Despite all of that, Andrew is hopeful. He knows that a large majority of children who come to the Home leave in a better place – mentally, emotionally and spiritually. He explained his personal view of the healing effort at the Children’s Home as a six-stage process. The goal is to allow the child to make sense of “The Awful,“ and emerge from the process as a new person capable of coping and learning.

THE PROCESS OF HEALING

In a safe environment, the child is guided toward gaining perspective on his own behavior and how his behavior affects other people.

The child arrives at the Children’s Home and makes it absolutely clear, “I trust no one!”

Perhaps experiencing a nurturing, supportive environment for the first time, the child persists, “Despite your kindnesses, I am going to prove that no one is trustworthy. I’ll act out with you until you react poorly.”

In this critical stage, the child experiences a breakthrough moment that authentically interferes with his negative belief system. (Imagine this as an upside-down PTSD moment. Instead of a shocking moral injury happening to an otherwise healthy person, we have a spontaneous, wholesome incident where God‘s love has clearly shown through and touched this child’s hurting heart.) Andrew calls this the “maladaptive logic interrupting response” and efforts are made to reinforce the child’s new insight.

Introduce the child to the imperfect nature of trustworthiness. With the goal of augmenting the child’s well-honed survival skills with robust coping mechanisms, Andrew finds it helpful for the child to see shortcomings or simple failures in direct care staff and therapists which are then followed up with sincere apologies to the child for their shortfalls.

The child develops his own trustworthiness to prepare himself for a life among people with normative behavior. They learn to trust that they, themselves, will be able to cope with whatever they face.

The child becomes “teachable.” Being teachable places a child necessarily in a “one down” position relative to the teacher. Andrew says that, “Acknowledging that the other person has something to teach you, something that you don’t already know, puts you in a vulnerable position where you have to trust another person. Something or someone had to inspire a child to feel secure enough to open up and want to learn.”

Progress is not always linear, nor is it free from setbacks. The century of care for children in difficult life situations has equipped the Children’s Home with a proven approach that acknowledges the difficult path that the healing process sometimes follows. When asked whether providing therapy in a faith-based organization like the Children’s Home makes any significant difference, Andrew replied: “Sometimes there is so much awful, there’s not enough skill. The ‘ruthless’ forgiveness of Christ is the only thing that can overcome the ruthless evil some of these children have experienced. Sometimes I, alone, can’t provide the level of forgiveness or the impetus to forgive others that they’re looking for – but God can.”

As Dr. Steven Franks, Director of the Methodist Children’s Home of Southwest Louisiana, summed it up years ago, “We keep them safe; we earn their trust; and we teach them a better way.”