On Sunday, June 22 the Otterbein Lebanon United Methodist Church continued its 100 year anniversary celebration during the worship service in the campus chapel with special music and reflections. The Church’s senior pastor, Rev. George Phillips, received a recognition plaque for the church’s 100 years of ministry from the United Methodist Historical Society of Ohio, presented by Otterbein Lebanon resident Rev. Ed Pellett. 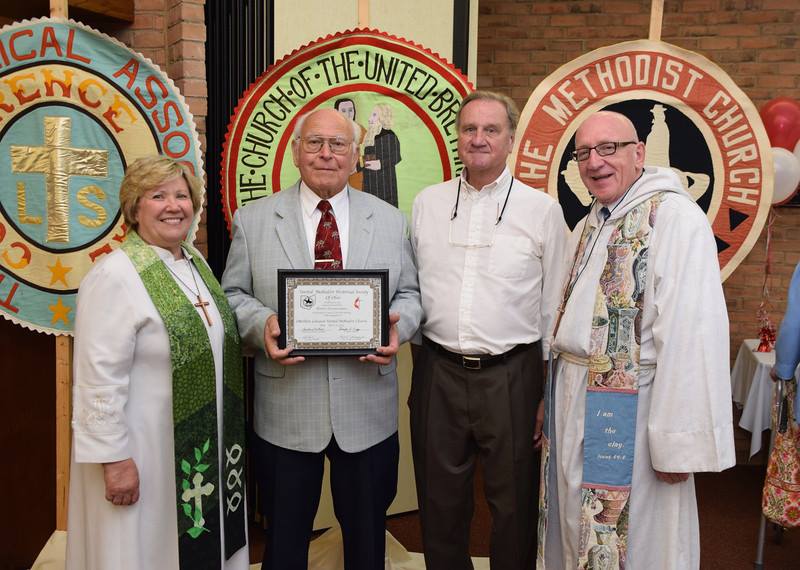 Following the worship service, a picnic was held at the Otterbein Pavilion, with 170 residents and guests in attendance.

Otterbein Lebanon resident Jim Sheldon gave a historical overview of the church through the past 100 years, and the congregation was visited by some of the church’s retired pastor’s including Rev. Bill McOmber, Rev. Jim Ludwick and Rev. Jean Carroll.